Planet Of The Apes 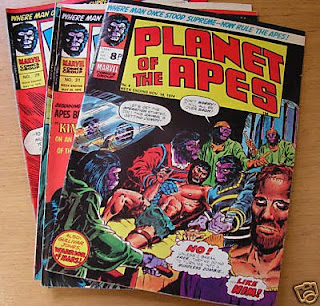 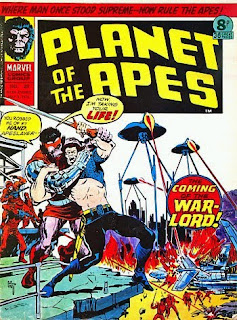 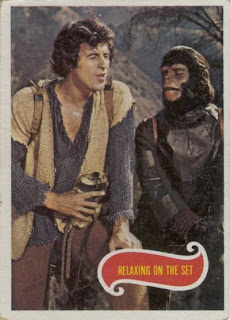 Its odd - though i have fond memories of the concept, and the first two films are rightly regarded as classics, i only ever saw "Escape" at the cinema.
No idea when or where i saw the others and my strongest memories are of the TV show (and all the features in Look-In), the bubblegum cards, and really rather dodgy cartoon and, most of all, the British weekly comic.
And strongest memory there is the bizarro concept of taking the US Marvel hero Killraven - who battles baddies and Martians on Mars in a sequel to The War Of The Worlds - and drawing the bad guys as Apes.
I mean, c'mon, who thought that up? And why? Were they THAT desperate for suitable back-up strips.
As i say, bizarre.