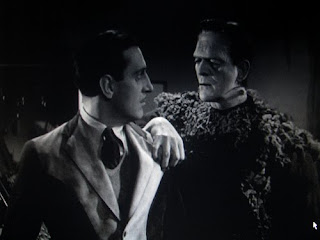 Like most under 10's of my generation, a Saturday morning trip to the pictures was all part of growing up.
But not the common ABC Minors Club for me, no siree, mine definetly fell into the "the did that for KIDS?????" camp that so much from that time now falls into.
Our local cinema is i guess what could've been called a Flea Pit, altough i didn't know the term then - a very small, one level independent that had no money.
And they did this thing where - and here we go into "children were trusted to be independant and make sensible decisions/that was bloody stupid and they should've been prosecuted" territory - you walked down to your nearest bus stop, waited for a special coach, paid the driver who then took you to the cinema. Price of the ticket was bus fare and admission to the cinema.
Wait ages in the queue (how i miss that at the flicks - the waiting was all part of the antcipation), then were let in.
The auditorium before and during the film could easily be likened to the scene in Gremlins where the little bastiges are running riot during Snow White, but this was real and 15 years before.
Anyway, looking back on it at it now, its obvious the owner had some sort of deal with Univeral Pictures as we were treated to endless Woody Woodepecker cartoons followed by the feaure which was invariably - and i'm not making this up - 1930's horror films.
Clearest and fondest memories are of Son Of Frankenstien, with all the girls screaming whenever Karloff appeared and the huge cheer when Basil Rathbone swings down and knocks the monster into the lava pit.
I mean, really. The classic Universal Horros are pretty much all PG's these days but, back then, they'dve been the equivilant of at least a 15 now. I work in a cinema now i'm a "grown up" and, if we tried doing the same now, we'd be closed down.
Posted by Mangamax at 04:29