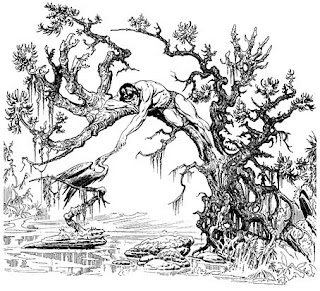 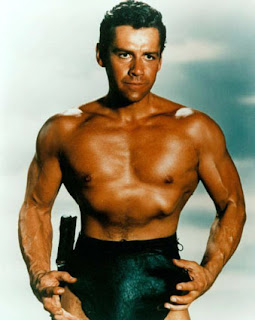 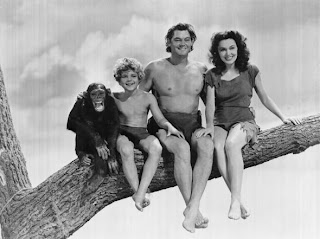 Blimey, where to start?
My memories of the loin-clothed one are a veritable pot pourie of conflicting thoughts and feelings.
I was aware of the Johnny Weissmuller films from rainy sunday afternoon screenings. Thought he was rather a dullard back then so didn't really pay those much attention (although, if i'd been a bit older, Maureen O'Sullivan might've been an attraction).
Much preferred the Gordon Scott outings as they were in colour and he was far more heroic looking.
The Ron Ely TV series was nifty - if you ignored J'ai - and had quite a few quicksand resolutions. LOVED quicksand. Why don't they appear in films any more? Would make them SO much better... Hold on, they were in Indy 4... Ok, ignore that.
Also at the time was the Filmation cartoon series which, today looks rather crude, but was all there was back then so was lapped up.
Finally there were the Burne Hogarth collections and that was the real deal as far as i was concerned - beautiful, moody B&W artwork and the tales taken seriously, no cheetah anywhere.
But, despite their widely different approaches, loved them all.